Regula Mühlemann, Thaddaeus Ropac, Gerfried Stocker and many, many more: On 28 and 29 July 2021, numerous invited guests, but also the public, had their first opportunity to gain insights into works that are being created or have already been created within the framework of Spot On MozART in a comprehensive project presentation and exhibition at Mirabellplatz 1.

Screenings of the short films #beautiful by Hannes M. Schalle and Nachts by Claudia Lehmann and Konrad Hempel were shown, as well as a trailer for a fulldome project conceived in cooperation with the University of Applied Arts Vienna.

In the backstage area of the Max Schlereth Hall, visitors were able to move through magical light architectures during a live performance of Mozart’s KV15, which media artist Conny Zenk performed live under the title scanning dimensions: “Using fog projection, repetitions, references and superimpositions become visible. At the same time, the projection in space plays with sensual perception, as the projected light beams directly hit the bodies of the viewers. It is an ephemeral, hardly tangible but perceptible light architecture that has a very different effect on the audience,” says Conny Zenk.

The gallery Das Zimmer, meanwhile, became the premiere stage for a very special production: VR glasses were used to transport visitors to Hangar-7 in the film VR MozART, where filmmaker Michael Gebendorfer (Beyond Frames) had the aria “Geme la tortorella” (KV 196) produced as a 360° video together with the Swiss opera singer Regula Mühlemann and a small student orchestra from the Mozarteum University conducted by Gernot Sahler. “As a place of movement and encounter, Hangar-7 enabled the transformation of Mozart’s music from classical Salzburg into the 21st century. The contrast in particular offers a visual approach to reinterpreting the music,” says Michael Gebendorfer.

The visitors themselves became conductors at the interactive musical experience Mozart Contained! by Anna-Sophie Ofner in the Small Studio. Four light sculptures represented the four voices of the Dissonances Quartet (KV 465), which was recorded by the renowned Hagen Quartet. By approaching the sculptures, sound tracks were activated in each case, making the individual voices of the quartet resound.

First glimpses of projects in the making were shown on exhibition boards in project posters, paintings, sketches, drawings and photos, including the films Idyll by Fanny Rösch, A wide field by Sophie Thammer and Lost in Dimensions by Róza Radnóti as well as the projects The colors of Salzburg by Alrun Pacher and Culturall Hotspots by Andreas Bernhofer, Michaela Schwarzbauer and Elisabeth Wieland.

A scapbook showing the development of the individual projects is available as a PDF and can be requested as a print version at any time at spotonmozart@moz.ac.at. 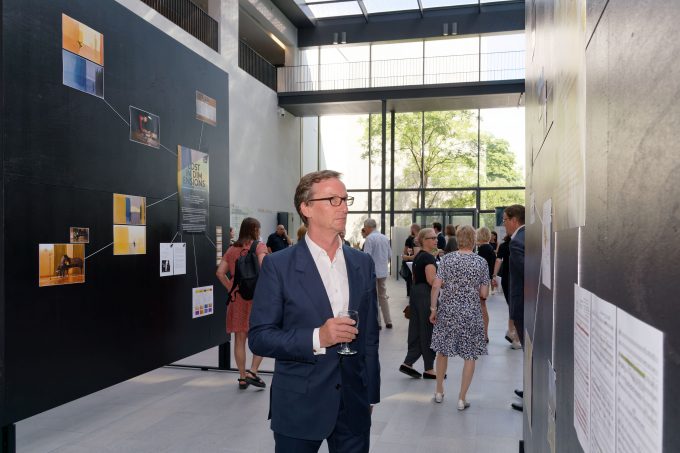 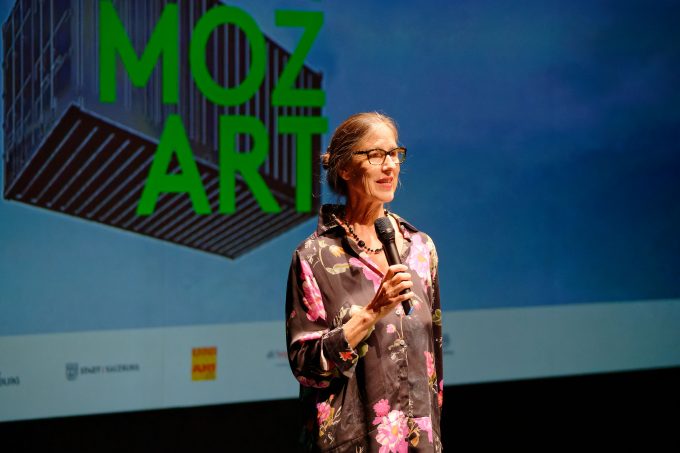 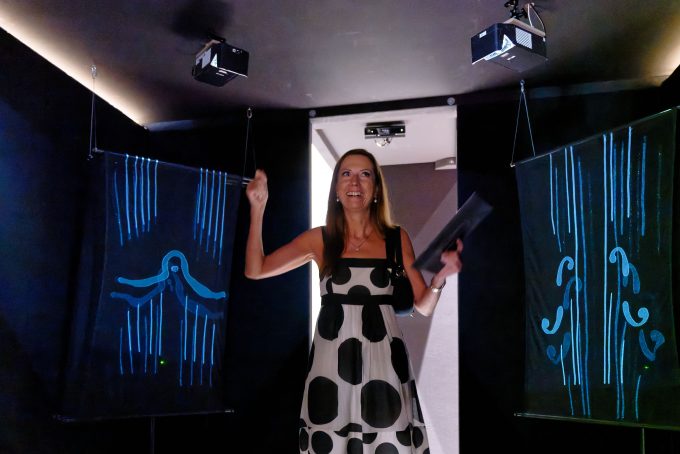 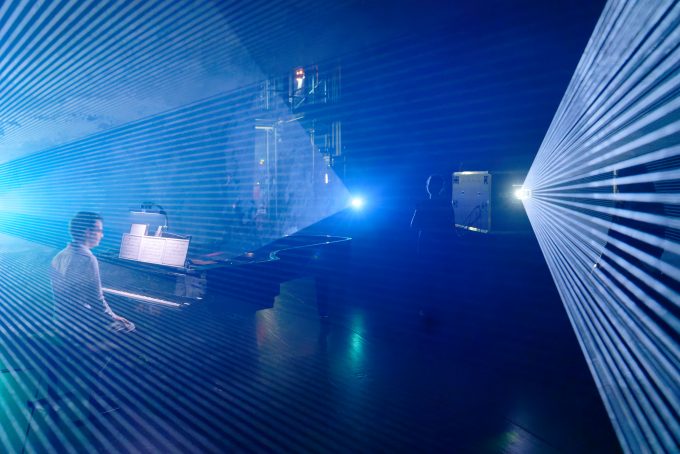 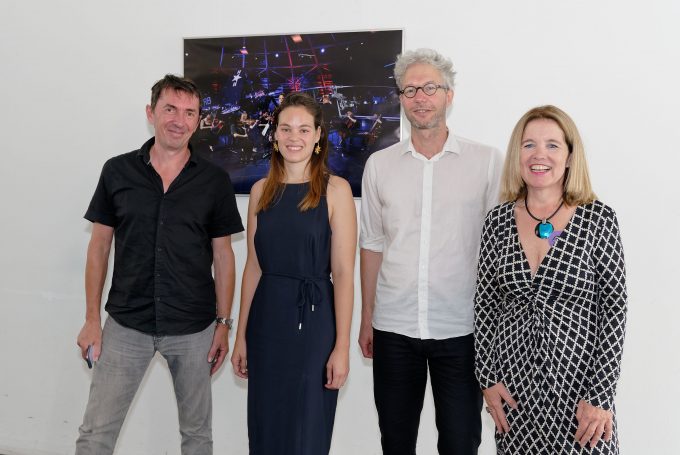 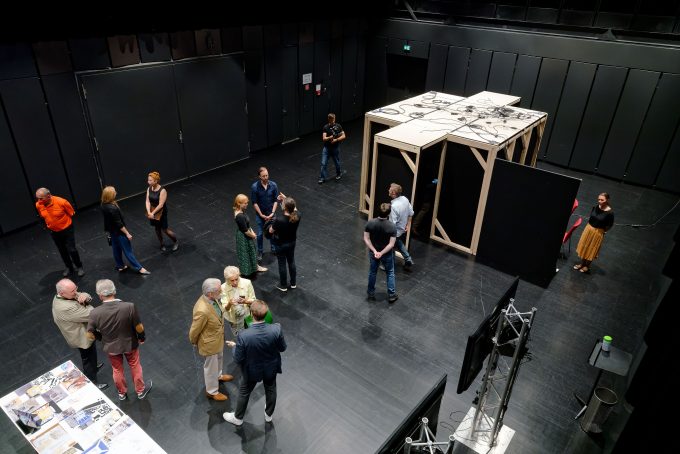 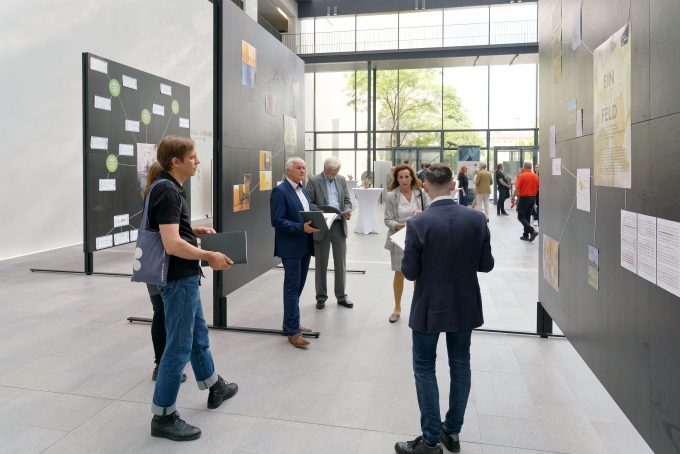 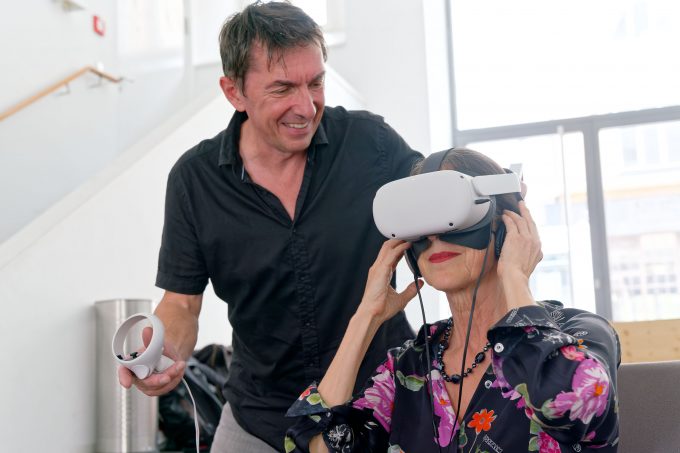 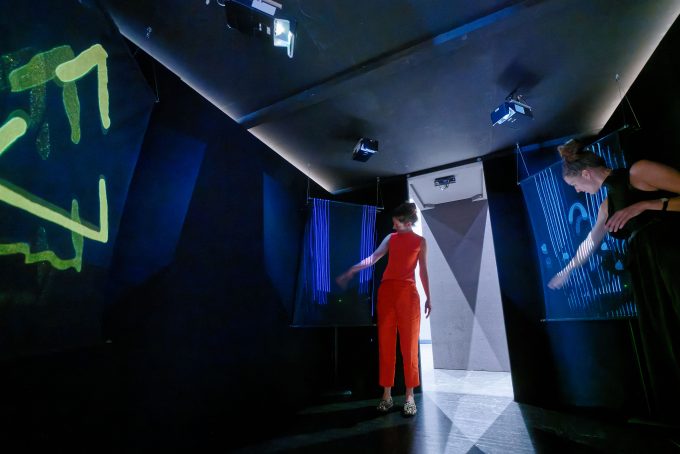 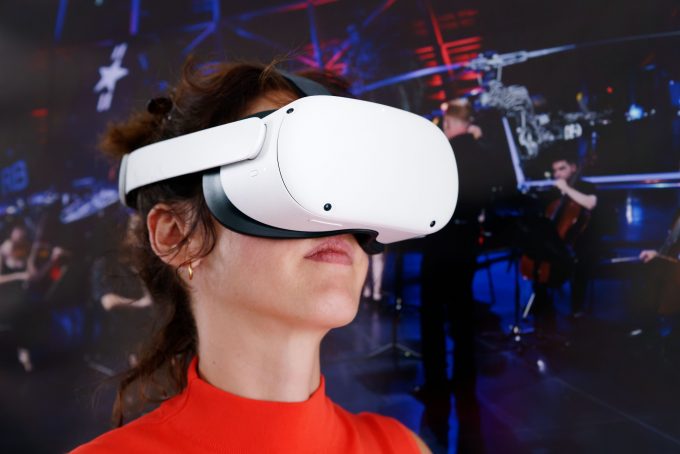 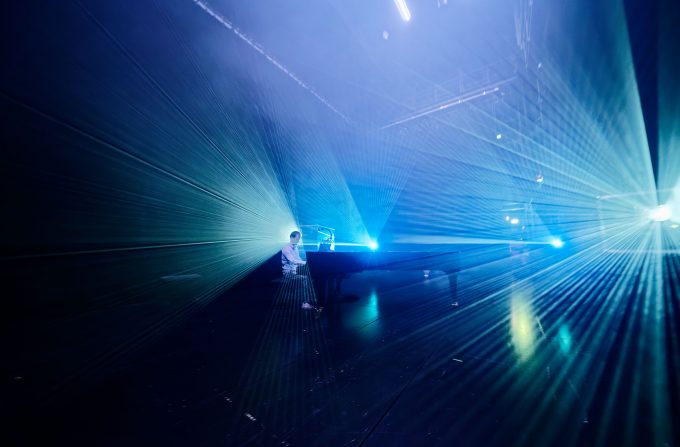